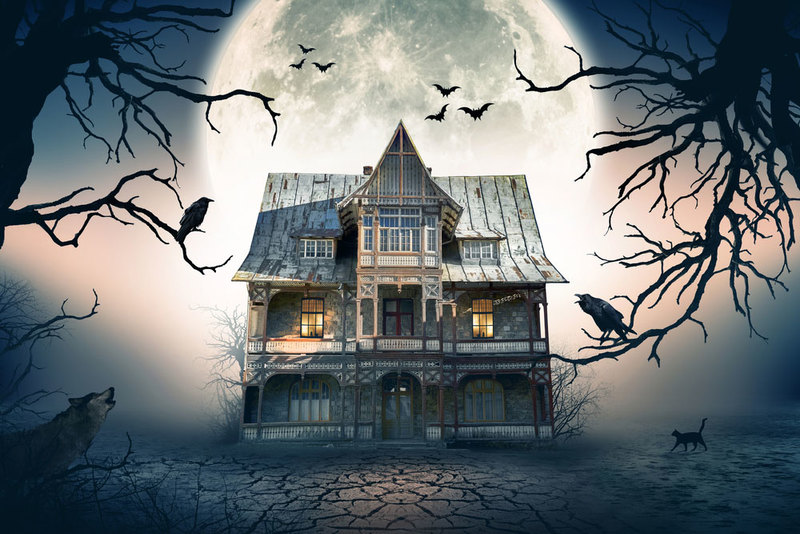 Spooky houses look like they haven’t seen a living occupant, gardener or handyman in years. Many so-called haunted houses are so dilapidated they look occupied by ghosts, or they’ve been on the market so long, buyers suspect there’s a skeleton hidden in the closet. But that house for sale that gives you the creeps may actually turn out to be a good investment.

So what makes a house seem haunted? It could be the tumbleweed landscaping, paintless trim, broken steps or crooked roof, material problems that can easily be repaired or replaced. But a house can also carry a stigma (which has nothing to do with the home’s structure) that evokes fear or repulsion, including a history of death within the home from murder, suicide or suspicious circumstances. The house could previously be occupied by an unsavory hoarder, drug dealer or occultist. Or, there could be a real ghost. MMMMWWWWAAAA!

Would you be able to look past a home’s creepy appearance or scary reputation? According to Realtor.com, nearly half of home buyers wouldn’t touch a haunted house, but one in three buyers would purchase one if they could get a lower price.

That spells opportunity, especially if the home is in a nice neighborhood. If your low offer is accepted, get an inspection and renovation estimate from a local contractor. If the total costs are lower than or equal to the other home values in the area, you could end up with the friendliest bargain on the block.